What is Equal Employment Opportunity?

You are here: Home / Articles / What is Equal Employment Opportunity?

Equal Employment Opportunity (EEO) laws make it illegal for employers to discriminate on the basis of certain characteristics. This means individuals are entitled to be free from discrimination on the basis of race, color, religion, national origin and sex. In addition, EEO laws protect against discrimination on the basis of sexual orientation, age, disabilities, marital status, parental/pregnancy status, and military/veteran status. EEO laws function to ensure every employment opportunity is fair and equal for all individuals. The rationale behind promoting this is relates to the notion that everyone should be entitled to access the same opportunities in the employment context. Further, no one is excluded from participation since EEO laws promote equal access and opportunity.

The Department of Labor

There are several federal agencies that handle this enforcement. The Civil Rights Center (CRC) and the Office of Federal Contract Compliance Programs (OFCCP) are the two Department of Labor agencies that deal with EEO monitoring. The Civil Rights Center directs EEO in programs and activities receiving federal aid. In addition, the Civil Rights Center ensures equal opportunity for all applicants and employees of the Department of Labor. The Office of Federal Contract Compliance Programs oversees companies holding federal contracts and subcontract. Further, the Office of Federal Contract Compliance Programs ensures that companies holding a federal contract or subcontract do not discriminate on the basis of race, color, sex, sexual orientation, gender identity, religion, national origin, disability, or veteran status. Contractors and subcontractors are also prohibited from terminating or discriminating against applicants or employees who ask about, discuss, or disclose information regarding compensation. The OFCCP also ensures companies holding federal contracts or subcontracts comply with the legal requirement to take affirmative action. In general, affirmative action plans (AAPs) are not considered the same as an equal employment opportunity. This is because AAPs reflect proactive programs initiated by an employer to help increase the number of women and minorities recruited, hired and promoted. EEO laws function to ensure all individuals are given the same, fair chance.

The Equal Employment Opportunity Commission (EEOC) is a distinct, independent federal agency that enforces federal civil rights laws through administrative and judicial avenues. The EEOC enforces various federal laws prohibiting discrimination, such as: Title VII of the Civil Rights Act of 1964, the Age Discrimination in Employment Act, and the Equal Pay Act. EEOC laws cover both employees and job applicants. However, EEOC requirements only apply to employers with at least 15 employees. Therefore, an employee who has been the victim of discrimination at a company employing 10 people may not file a complaint with the EEOC. Many state laws lower this number, though, to allow employees to still bring discrimination claims against employers with less than 15 employees. In general, the EEOC investigates charges of discrimination by gathering documents and interviewing supervisors, managers and co-workers. At the conclusion of an investigation, the EEOC has the option of filing a lawsuit. If the EEOC elects against filing a lawsuit, the aggrieved individual will receive a “Notice of the Right to Sue.” From there, the individual may file his or her own employment discrimination lawsuit in a court of law.

Filing a Claim With the EEOC
The Civil Rights Center (CRC) Are you an employee or an … END_OF_DOCUMENT_TOKEN_TO_BE_REPLACED 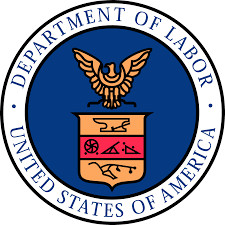